Explore Our Data
BACK TO THE GREYNOISE RESOURCE HUB
Video

How I Use GreyNoise - Aaron DeVera 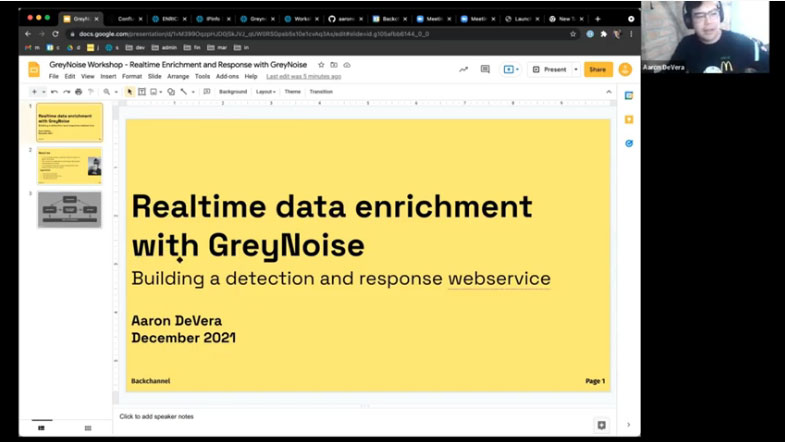 Welcome to the "How I Use GreyNoise" video series. Our goal is to highlight how analysts, researchers, and others use GreyNoise products to solve their security problems. This session features: